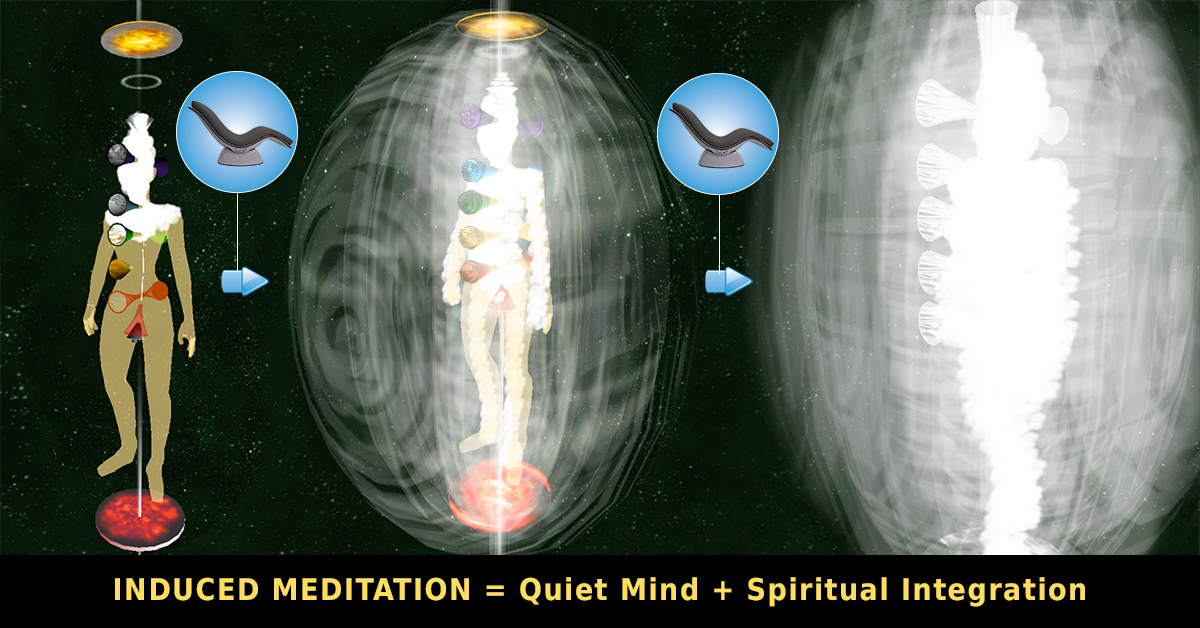 What are the signs, symptoms and benefits of being more grounded? How can we be better grounded?

Typically, women tend to be more spiritually grounded than men. The leftmost picture demonstrates how the spiritual energy system is typically expressed in a relatively spiritually ungrounded state. The Sushumna or Hara line (Spirit line) is fragmented, frayed or curved, the chakras are malformed and the soul is only grounded in the head and upper chest, often including the heart area. In part, this is why women tend to be more emotionally grounded and heart and relationship centered, as compared to men. Most men are only grounded in the head, which in part is why they are more mentally or intellectually inclined. The auric bodies aren’t shown in the far left depiction, but they tend to be more contracted.

In the middle depiction, the Spirit line is straight and solid, the chakras are well formed and spinning nicely, the auric bodies are expanded and the soul is grounded throughout the body. A person in this state of spiritual groundedness is fully present in their body. As a result one can feel much more, physically, emotionally, energetically and intuitively.

In this state it is easier to sense one’s energetic self. This is typically done with two of our senses – feeling and hearing, and although it can be done anytime, it is usually easiest to do during meditation. What one feels is a vibration, usually easiest felt in the hands, but over time with practice, it is quite noticeable throughout one’s body. What one hears is also of a vibratory nature, but not like tinnitus (ringing in the ears). As one develops greater spiritual integration, including an intensification of the Spirit line, the vibrations that are felt and heard increase in frequency. As such, the vibrations feel finer and are heard at a higher pitch. These sensations are very helpful in enabling one to quickly regain a spiritually grounded state by intending to feel and hear these vibrations when you need to re-center and ground throughout your entire body.

In this middle depiction, which we refer to as the Soul Embodied state of being, the Soul is grounded throughout one’s physical body. This also means that it is fully matriculating throughout one’s auric bodies and chakras. This state creates the potential for much change in terms of one’s level of mindfulness, and how one deals with beliefs and coping strategies. The Spiritual Progression chart below illustrates some of these changes. 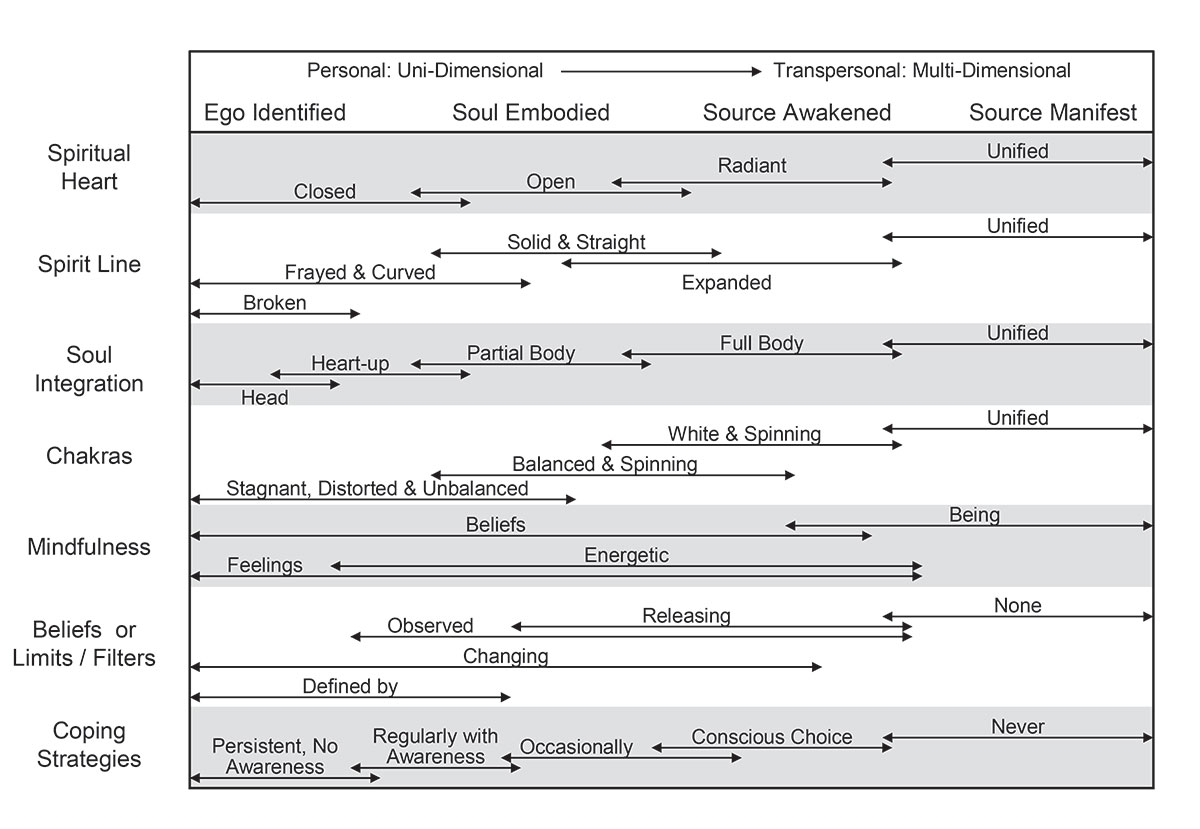 Unlike the leftmost picture (Ego Identified), where most people self-define as their beliefs, when in a Soul Embodied state of being, there is a much greater willingness to change and even begin to release beliefs. As people embrace this way of being, they have greater observational abilities in terms of witnessing their actions, thought processes, emotions and beliefs. As a result they don’t self-define in an Ego Identified manner as often and as they much more easily release the beliefs that they identify as being untruthful, they get triggered less often and, as such, don’t fall prey to their coping strategies or defense mechanisms.